BACKGROUND: In 2012, I launched an online retail shop selling Japanese and organic fabrics and craft supplies.  I designed and developed the website, sourced the products, and manage all the day-to-day operations.

PROCESS:  I researched local shops and online fabric stores to survey the current selection of Japanese fabrics.  I also researched fabric shops based in Japan to see what fabric brands were selling well.  I contacted several fabric manufacturers in Japan to find out which ones exported to the US or had a distributor.

I opened two online shops – one on Etsy and one on Shopify with customized templates, utilizing Stitchlabs to manage and sync the inventory for both platforms.  I worked on optimizing the content on both platforms for searches, and eventually landed on the first page of Google search results for “Japanese fabrics”.  Maigo was also featured in Vanity Fair’s Holiday Gift Guide in 2013.

After examining the web analytics to see how people were navigating the homepage and what devices they were using, I redesigned the website with a responsive mobile-first design.  Because few people were using the menus and were navigating by clicking on images in the main content area, I reduced the emphasis on the menus and added larger photos for each product category.  These efforts combined with more activity on Pinterest and building up my newsletter subscribers led a doubling of the revenue. 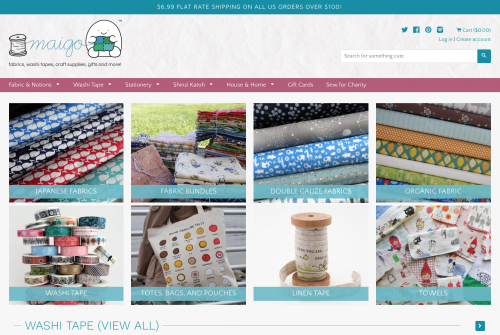 One feature I developed for the Shopify website was the yardage quantity dropdown.  I wrote custom Javascript to convert the default quantities (1, 2, 3) into yardage (0.25, 0.5, 0.75 yds) if products were fabrics, to make it easily understandable by customers.  I also incorporated quick “add to cart” buttons to each product listing so customers do not have to click into each individual product page to add items to their cart. 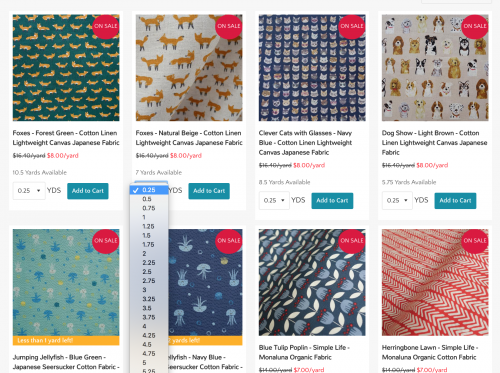 I designed clear visual indicators so the customers could quickly identify products that are on sale or low in quantities.  Product listings also include the total yardage available so users immediately know if there is enough yardage for their project. 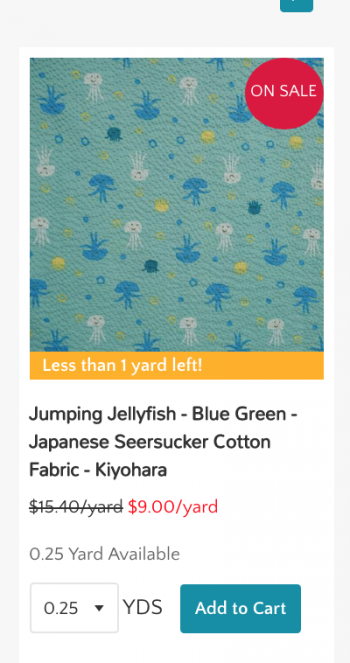 GOAL: As new sites were added to the umbrella of the Serious Eats brand, we realized we needed to redesign the main website to accommodate all the new content.  We needed to make sure readers would be able to navigate the site and find what they were looking for.

We decided to conduct a usability test to learn how readers were using the site and how they thought the content was organized.

We conducted 10 tests with 5 current readers and 5 people who had never heard of Serious Eats. The test was a combination of a usability test, survey questions, and interview questions about their actions.  Following the tests, we coded each response and then did a card sort to group the responses into categories that we would use to organize the content on the website.

FINDINGS: Readers did not realize that Serious Eats was composed of several individual websites and thought all of the content appeared on the front page.  The only navigation tab that was clearly understood was Recipes.  Only one person used the search box.  Unfamiliar readers didn’t understand the meaning of some of the navigation tabs, which represented individual websites. 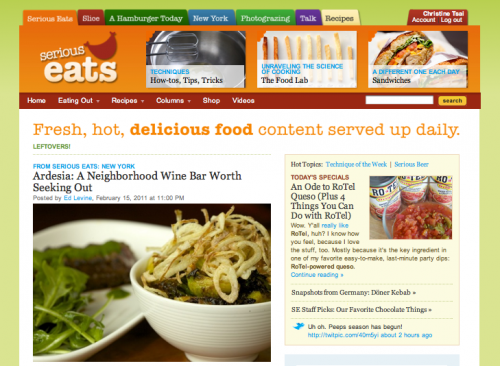 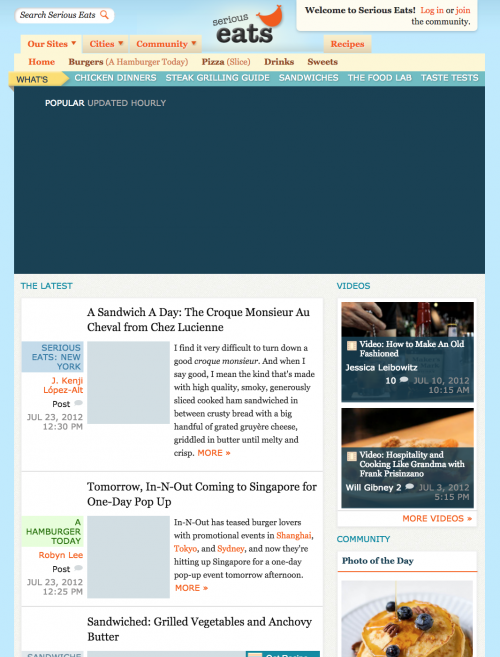 BACKGROUND: For my UX Research class at UC Berkeley, I focused my research studies on the experiences of parents traveling with young children.

Families with older children and younger children have different needs when they travel, but websites often don’t distinguish between the two groups.

GOAL: I was interested in understanding the special challenges parents of infants and young toddlers face when they plan family travel, whether they found features and information targeted to “families” useful and relevant, and uncovering new opportunities to serve them.

I conducted 4 research studies with parents of young children (0-5 years old) who traveled within the past year. 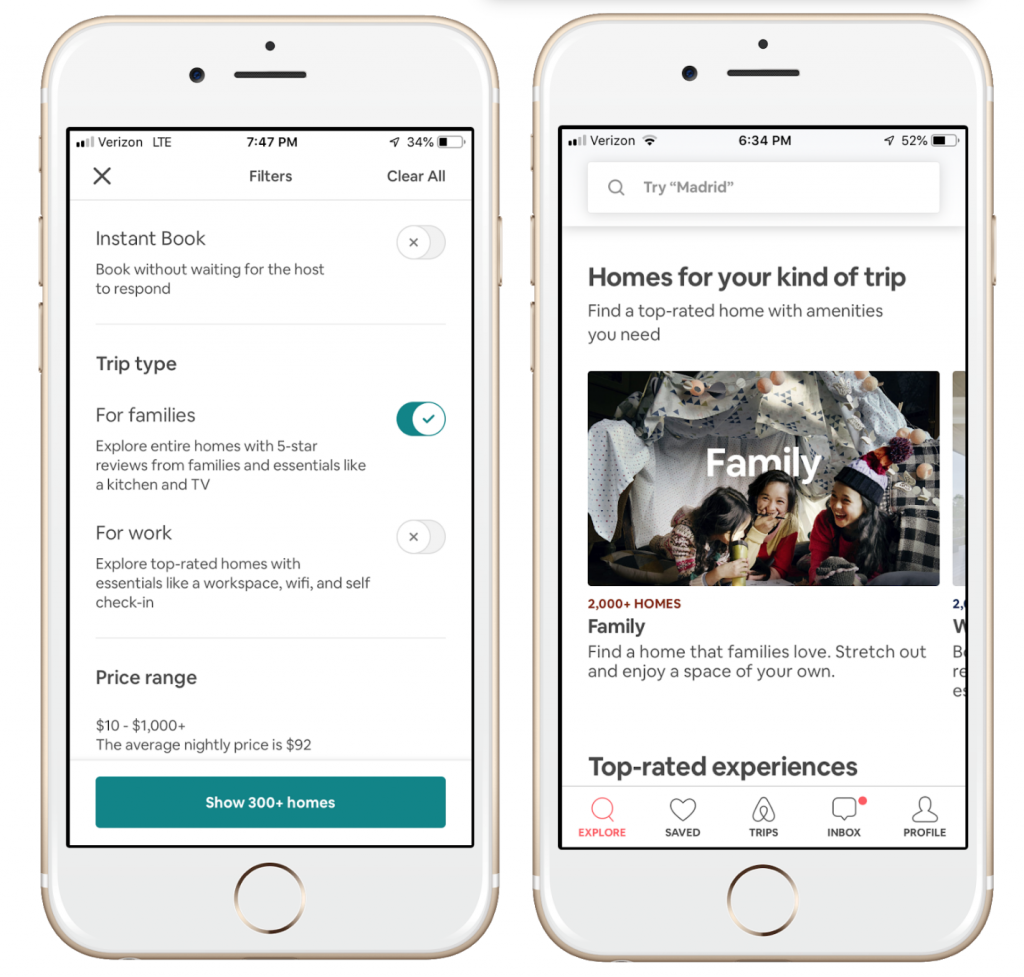 Research questions
Methodology: Conduct an in-person usability test of the Airbnb app on an iPhone
Findings 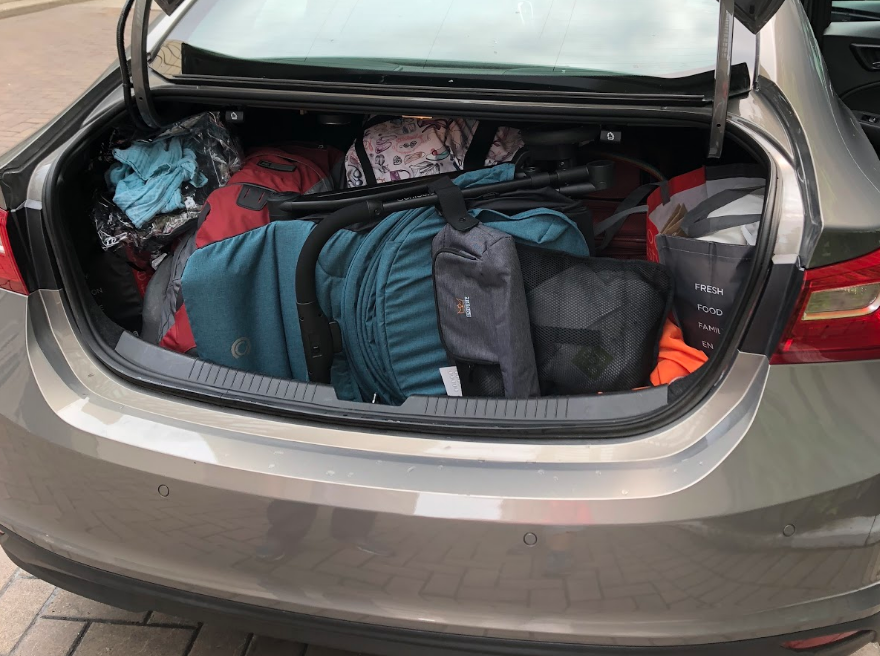 Methodology: Conduct an interview with each participant, either in-person or via phone. Each session will last 30 minutes. 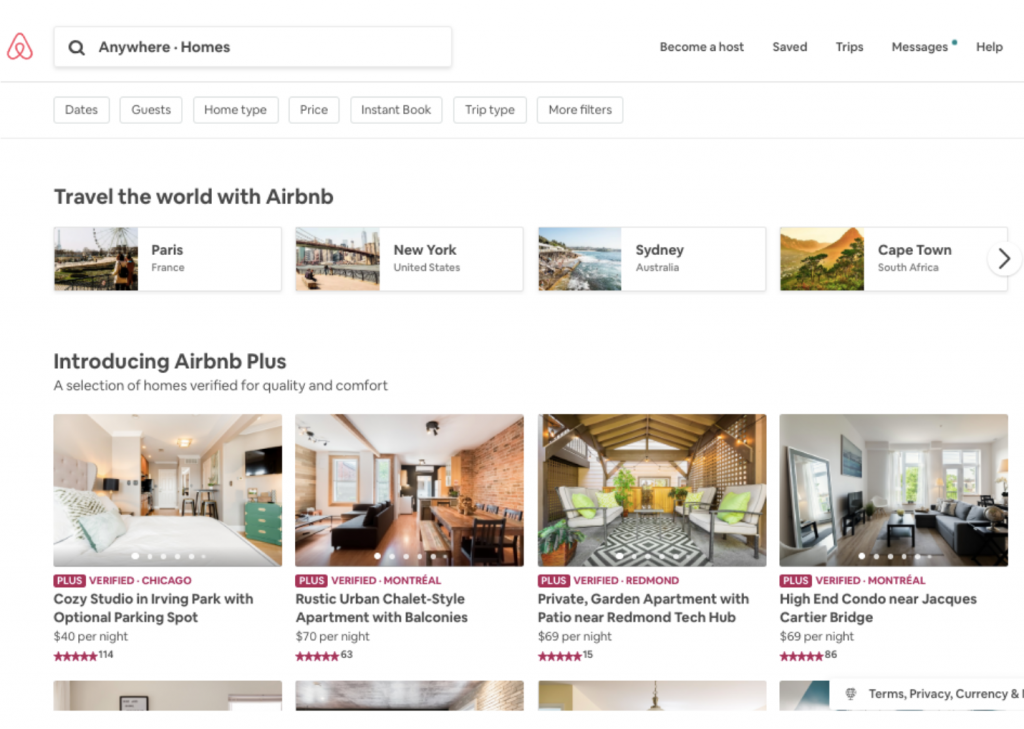 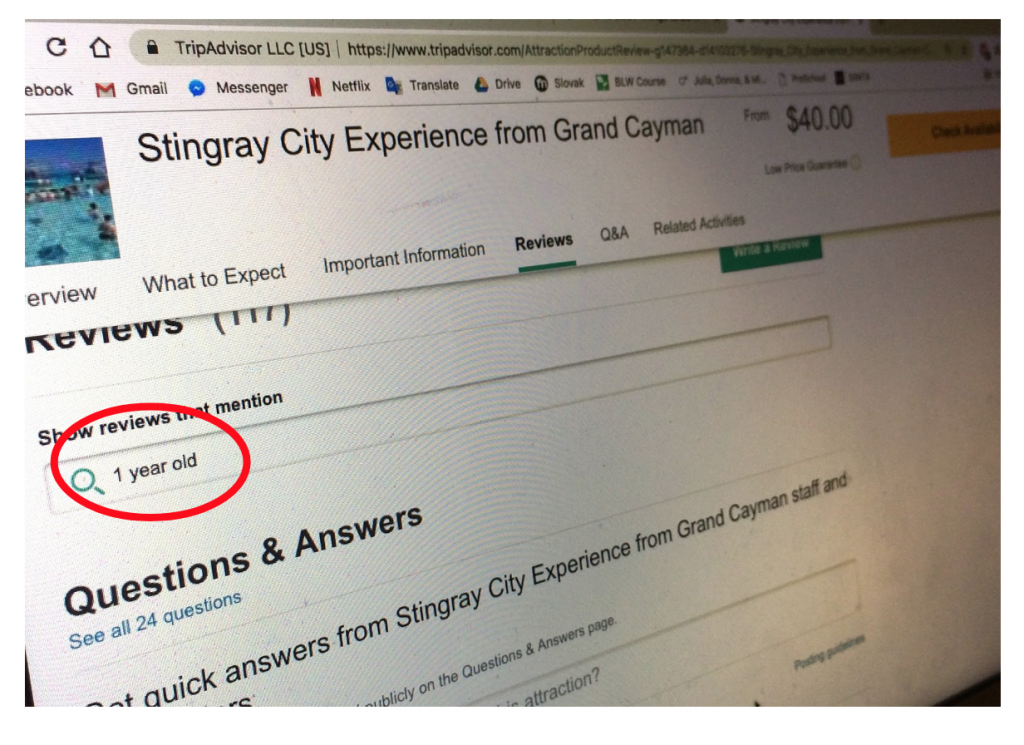 Methodology: Conduct a contextual inquiry and participatory design session with each participant, in-person or remotely. Each session will last approximately 45 minutes.